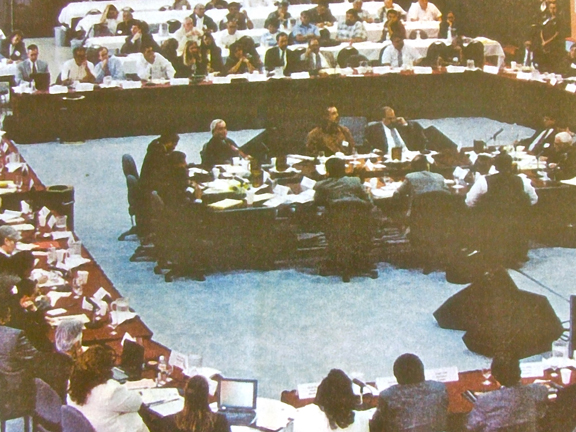 Scott attended Arizona State Law School from 1981 to 1984 where he earned his Juris Doctorate and graduated as a Pedric Scholar. Scott served a resident externship with the United States Court of Appeals for the 9th Circuit in San Francisco. He also performed an internship with the Governor ’s Task Force on Tribal Sovereignty and Jurisdiction, established by then-Governor Bruce Babbitt after he vetoed a series of bills designed to erode the voting rights of Native Americans. Scott also served on the Moot Court Board at Arizona State. During the last two years of law school, he worked as a law clerk for the firm of Burch & Cracchiolo, a medium-size commercial law firm located in Phoenix, Arizona. Scott also worked as a research assistant to Arizona State Law Professor Charles Calleros, assisting in development of law review articles on issues regarding the interpretation and application of civil rights laws.

• After law school, Scott went to work as an attorney for Burch & Cracchiolo from 1984 to 1988. Most of his work involved complex securities fraud litigation. Occasionally, Scott was able to handle Indian law matters including lead counsel in litigation obtaining a judgment under civil rights laws against the Gila County Sheriff’s Department for failure to adequately train county law enforcement officers regarding limits of state jurisdiction on Indian Land. Yee v. Gila County Sheriff’s Department. This experience motivated Scott to change direction so that he could devote more attention to Native American issues.

• In the winter of 1989, Scott relocated to Seattle, Washington. While establishing himself in the Seattle area, he formed a partnership with Jim Spady, Spady & Crowell. Scott’s clients included Dillon Enterprises, an individually owned Puyallup Tribal corporation. From 1990 – 1991, Scott worked full time as an employee of Dillon Enterprises.

• In 1991, Scott established Crowell Law Office – Tribal Advocacy Group and at the same time began working with the Spokane Tribe of Indians. With rare exception, the firm has represented tribal governments exclusively. For eleven months in 2000, Scott entered into partnership with Monteau, Peebles and Crowell, but left the partnership to maintain his independence in aggressively representing his clients. Since 1991, Crowell Law Office – Tribal Advocacy Group has grown substantially every year to where the firm now represents a number of tribes throughout the United States.

• For a list of major cases in which Scott was significantly involved, please click the Notable Cases icon above.

Scott has given presentations or taught at numerous seminars including but not limited to:

• Scott has also had articles and commentary published in the Gaming & Wagering Business and Indian Gaming magazine.

• Member of the Bar of State Courts in Washington and Arizona

• Pro hac vice (court granted permission on a case-by-case basis when attorney is licensed in good standing with the Bar of a State of the Unites States) admission in several federal District Courts and State Courts, including California, Idaho and Oregon